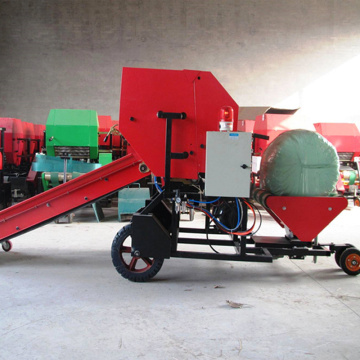 A baler, most often called a hay baler is a piece of farm machinery used to compress a cut and raked crop (such as hay, cotton, flax straw, salt marsh hay, or silage) into compact bales that are easy to handle, transport, and store.

Silage bale machine has small size which is easy to remove and storage, and have high work efficiency, so it`s very popular in farms.

Workers first put the silage onto the conveyer belt which can deliver silage to the central bale space; the bulk silage can be packed together into a round roll in the central bale space, and be wrapped by hemp rope or bale net; then the round silage roll rolled forward onto the bale platform, finally be wrapped by the silage wrap film. One silage bale usually weight 70-90kgs.

There`re two kinds of bale machine: Automatic bale machine and semi-automatic ones. For automatic machine, workers just put silage onto the conveyer belt, and it can move forward into the central bale space and pack itself; after packing, the space door will open to release the bale and then close itself; the bale can be wrapped by silage film automatically and fall down the ground as well by itself. For semi-automatic machine, workers have to cut the hemp rope or bale net by hands after silage finished packing in the central space; then workers have to open the space door to release the silage round roll and close the space door by hands; finally workers have to start and finish the silage wrapping progress, and pull it down to the ground by hands too. 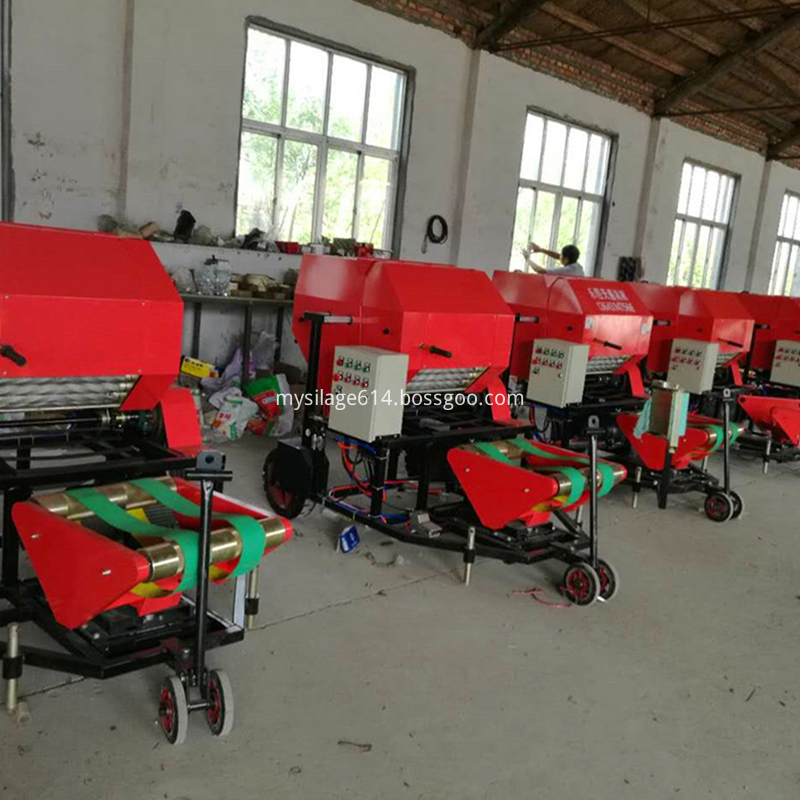 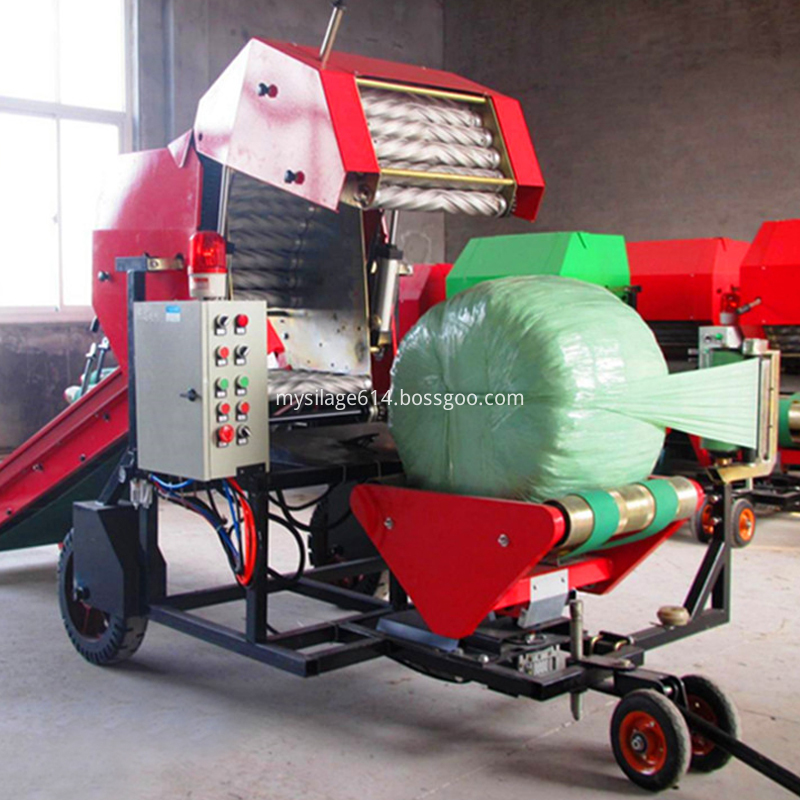 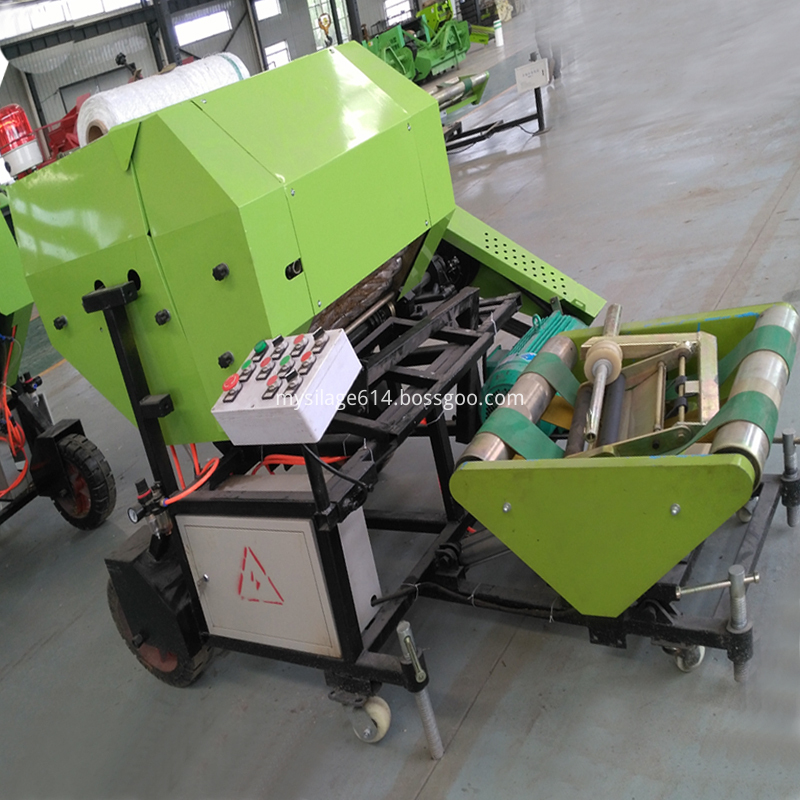 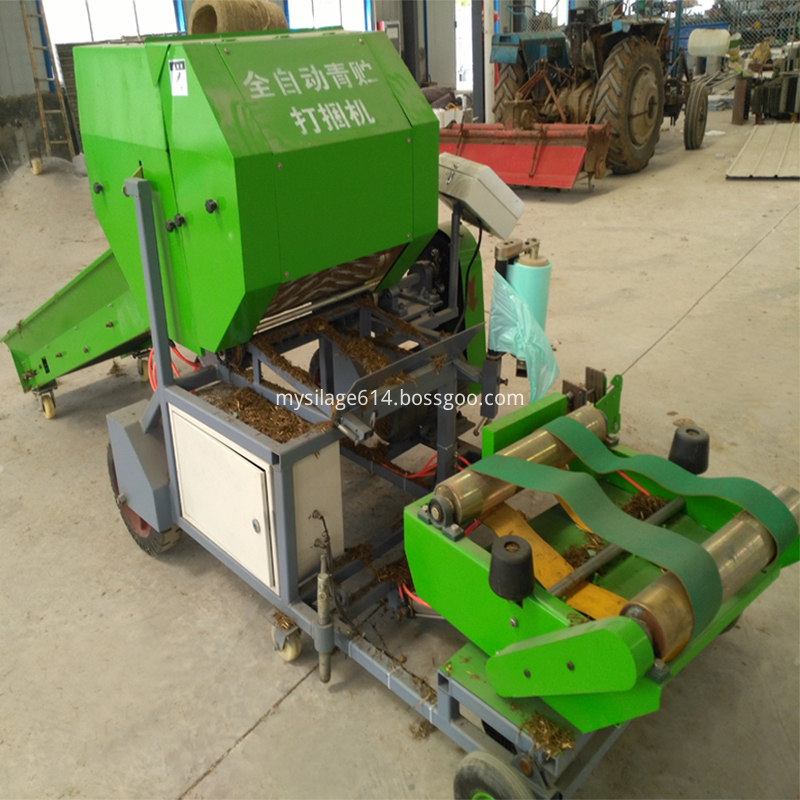 Zibo Maoyang Industry and Trading Co.,ltd is a export power of silage wrap film based on our own factory in China.We manufacture and supply different ranges of silage and baling products including silage wrap film,silage cover,waste wrap film,industrial bags,stretch hood film and bale net etc.We imported advanced German equipment with high degree of automaticity which could achieve higher efficiency, lower cost and better quality. We have vibrant, young and professional R & D team, experienced technical staff and warm kind service team. With scientific management and advanced technique, we could achieve more innovation to supply high quality products and service for all customers. Our products have been exported to more than 20 countries and regions, such as Ireland,Germany,UK,Demark,Poland,Noway,Canada, Australia,New Zealand , Japan,Pakinstan and India. Meanwhile, at the aspect of farm machines, we offer the supplying and service after sales for milking machine and baling machine for our clients all over the world. "High Quality product, Prompt delivery,Considerate service after sales" is our principle to our clients all over the world.